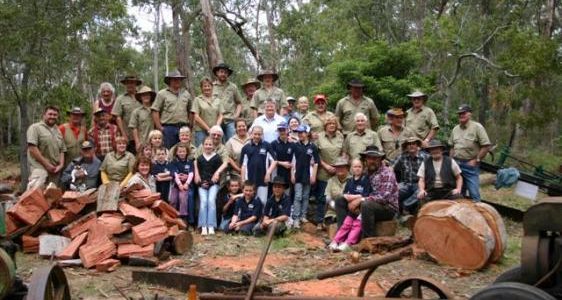 The 2018 Wood Days, run as usual by the indefatigable Andrew and Christine Duyvestyn on the weekend of 10-11 November, were, as expected, a huge success. Andrew and Christine have a tried and tested formula which, with a few variations from year to year, has enabled them to raise hundreds of thousands of dollars for CIKA’s support of the Royal Children’s Hospital. They have a loyal band of helpers and people come from all over Victoria to participate in what is well known as a fun-filled weekend.

Last year’s successful Heywood Tractor Trek was repeated as a precursor to this year’s event and, once again, brought participants from far and wide.

The event was reported in the Portland Observer and you can read the article by clicking here.