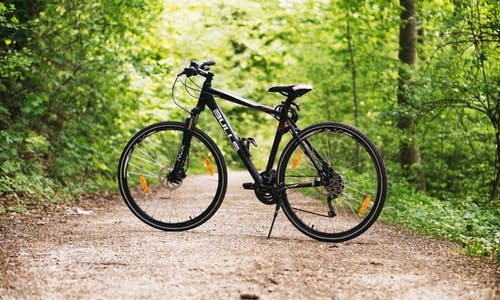 On Sunday 20th May 2012 a group of riding friends met in Shepparton to have some fun and to raise awareness of CIKA. After booking into the Courtyard Motor Inn in Wyndham St, the group went for an enjoyable ride around the local bike paths. The following day found them on their way to Dookie where they were joined by a Shepparton friend for the return trip.

On Tuesday the group was further augmented by two locals for a ride to Tatura via Toolamba.

On Wednesday the bikes were taken by car to Murchison for a ride to Nagambie for lunch. The return trip was made a little more challenging by a strong head wind, but the riders pedalled on undeterred.

As well as having a lot of fun, the riders raised awareness of CIKA and its mission, which, for them, was the most important part of the activity. In addition to this, they raised $540.00. In the words of rider Lesley McKibbin, “It is very rewarding when people come up to you in the street to give you a donation”. They hope to undertake another fund-raising ride later in the year.

The group would like to thank the owners of the Courtyard Motor Inn for their generosity and for looking after them all so well.

CIKA says big thank you to all who took part. What a wonderful group you are.

Help us and have fun too!