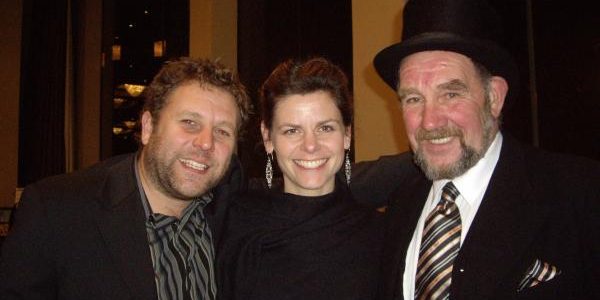 Each year the CIKA team holds an annual fundraiser at The Sebel Albert Park. This year we moved away from our Blue and Orange theme to “A Night In Monte Carlo”. Once again we enjoyed overwhelming support from many individuals and companies who were most generous in their donations and their attendance at this event. It was great to see so many guests get with the theme and this added much colour to the night. A special thanks to Sam from Royal Casino Events who was most generous in his support in theming the gaming tables which provided those who so chose with the opportunity to have a flutter and attempt to win the terrible plastic trophy.

The evening was in the very capable and caring hands of our patron, Mr Peter Mitchell, who, once again, managed to rev up the guests and encourage their participation in proceedings. Peter presented Andrew and Christine Duvestyn the annual CIKA Champion awards. This couple and their family run The Old Time Wood Days, sell the calendars and assist with general CIKA activities. Both lead very busy lives but their commitment and dedication to CIKA is inspirational.

CIKA vice president, Ellen Webb, spoke about her son, Brian, who died from a solid cancerous tumour in 1997. Brian would have been 18 this year and we all have the utmost respect for the courage that Ellen displayed in her presentation.

In addition, this year we had an inspirational young man named Michael who has been challenged by two types of solid tumour. Michael is only 20 years old, but his life has been a constant succession of surgery and associated treatment for his cancers. He also made us very aware of the impact that his health has had on his parents and his siblings. Michael brought the entire crowd to its feet; his courage was profound. Thank you Michael.

After Michael’s presentation, we moved on to the Grand Auction which this year was named for Israel Rosenfield, a generous long-time CIKA supporter. His contributions over many years were immense and it was with great sadness that the CIKA team learned of Israel’s death, after a brief battle with cancer, in May of this year. Will Fowles took charge of the Grand Auction and his spellbinding auctioneering managed to tease out the last cent from many of our generous supporters.

Bob Valentine and his band are a constant at the CIKA ball; he knows the crowd and he gives us the music we all love so it is not surprising that he had almost all of the guests all on the dance floor during the evening.

Other events included the ever-popular silent auction, the monster raffle, heads and tails, and the centrepiece raffle, all of which contributed to the evening raising nearly $70,000 which, in these difficult economic times, is a terrific result.

Many thanks to all of the volunteers who helped to run the night so well and a special thanks to all those CIKA supporters who donate of their time or goods, or both. Thank you, the result we achieve is because of you.